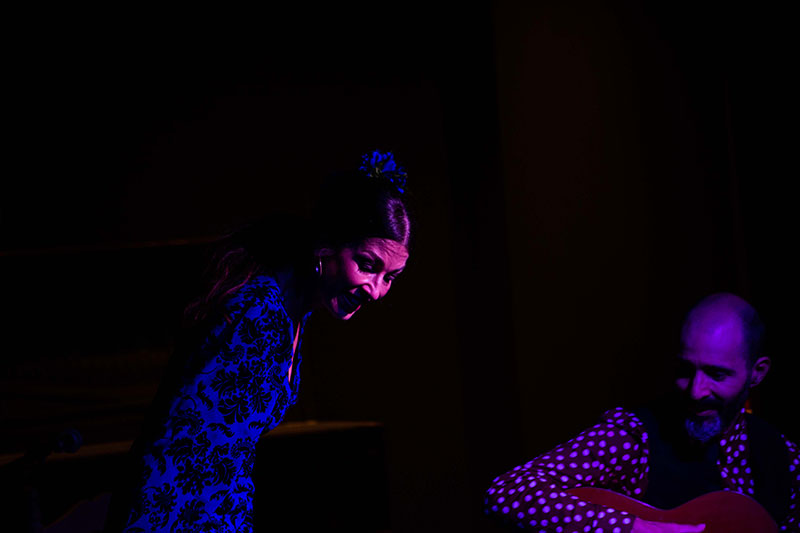 The Taranto, the Flamenco of the Mines 

The Taranto is a flamenco palo that was born from a popular song in the province of Almería, in the mining area, between the villages of Garrucha and Cuevas de Almanzora. It is said that it is a derivation of the Taranta, but the main difference between the two styles is the presence of compás. This flamenco palo began as a cante (song), and shortly afterward the dance was added to it.

The first to sing the Taranto was “Pepe el Morato,” although we can highlight several pioneers of this palo such as “El Cabogatero,” (1810 – 1880), “Ciego en la Playa” and Juan Abad Díaz.

The Taranto: Its History and Evolution

As mentioned before, the evolution of the Taranto emerged in the 19th and 20th centuries in the province of Almeria, in the towns of Garrucha and Cuevas de Almanzora. During this time, this flamenco palo began to gain popularity thanks to the singing cafés of that time, such as “España”, “Lyon de Oro,” and “Frajalito.”

The Taranto evolved with the help of other styles that had been appearing in eastern Andalusia. This is the case of the province of Murcia, which was influenced by other nearby provinces such as Almeria and Murcia. Some well-known cantaores are “El Morato” and “Chilares.”

There are more Andalusian areas that influenced this flamenco palo, such as the province of Jaén, and the cities of Linares and La Carolina in that same province. The mining railway between the town of Linares and the province of Almería connected artists from Jaén such as “El Bacalao,” “Basillo,” and “El Cabrerillo” with Almerian taranteros.

There were more exchanges of flamenco between Andalusian provinces, as in the case of Almería and Málaga. “La Rubia”, cantaora from Malaga, was hired to sing in a casino in Almería, and Antonio Chacón’s interest in learning about the cantes from Almería is an example of how the knowledge of one province enriched that of another.

As for dance, Carmen Amaya was recognised as the mother of Taranto dancing in the 1940s. She had the novel idea of adopting a 4×4 meter to the rhythm of the Taranto. This idea spread and became one of the most danced flamenco dance styles of the time.

Characteristics of the Taranto, Flamenco of the Mines

The Taranto is considered one of the simplest flamenco songs and is performed over a copla of four or five octosyllabic verses. The narrative or theme of the lyrics is usually about love or the mining environment. It is also considered a purer, more intimate type of flamenco because it is very jondo (deep) and has an abrupt ending, which usually ends the singing with a kind of quejío (despair). The Taranto is sung in fragments of four bars and the key is in F modal for the guitar variations and in D major for the singing.

Regarding the style of the dance, it is characterised by being put-together and sober, although somewhat elegant. It presents itself as being a sentimental type of dance, but it also has a combination of structural and stylized elements. Its rhythm alternates between the brushing and the marking of the lyrics.

If you have the opportunity to enjoy this flamenco palo considered by UNESCO as “Intangible Cultural Heritage of Humanity,” don’t miss it! The Taranto helps to preserve our Andalusian culture.